Greater investment in care services could create nearly 300 million jobs by 2035, the UN’s labour agency, ILO, said in a report published on Monday ahead of International Women’s Day, celebrated annually on 8 March.

The move would benefit hundreds of millions of workers with family responsibilities who lack adequate protection, such as maternity leave or paid time off to attend prenatal exams.

It would also help to alleviate poverty and encourage gender equality, while also supporting adequate care for children and the elderly.

“We need to re-think the way we provide care policies and services so that they form a continuum of care that provides children with a good start, supports women to stay in employment and prevents families or individuals falling into poverty,” said Manuela Tomei, Director of the ILO’s Conditions of Work and Equality Department.

The report provides a global overview of national laws, policies and practices on care, including maternity, paternity, parental, child and long-term care.

Around the world, three in 10 women of reproductive age, or nearly 650 million women, do not have adequate maternity protection, in line with an ILO Convention that came into force two decades ago.

Of the 185 countries surveyed for the report, 85 did not meet the Convention’s mandate of providing mums-to-be with 14 weeks’ minimum maternity leave on at least two-thirds of their previous salary, funded by social insurance or public funds.

The authors warned that it would take at least 46 years to achieve minimum maternity rights under the current pace of reform.

At the same time, more than 1.2 billion men of prime reproductive age have no entitlement to paternity leave, even though it would help both mothers and fathers to balance work and family responsibilities.

The report further highlights how some workers fall outside the scope of legal protections, such as the self-employed, people working in the informal economy, migrants, adoptive parents and parents who are lesbian, gay, bisexual, trans, queer or intersex (LGBTQI+). 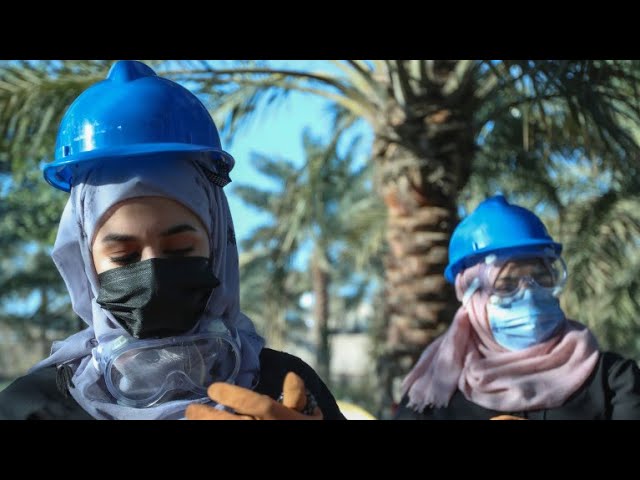 The authors found that in only 40 countries do pregnant or nursing women have the right to be protected against dangerous or unhealthy work, in line with ILO standards.

Only 53 countries offered a right to paid time off for prenatal medical exams, while time off, income security and appropriate facilities for breastfeeding, were also lacking in many countries.

The need for long-term care services for older persons and people with disabilities has also risen steadily, partly due to increased life expectancy and the impact of the COVID-19 pandemic.

However, access to residential care, community day services and in-home care remains out of reach for the majority of those who need them.

Transforming care policies would not only help build a better and more gender equal world of work, according to the ILO report, but could create up to 299 million jobs by 2035.

This would require an annual investment of $5.4 trillion, some of which could be offset by an increase in tax revenue from the additional earnings and employment generated.

“Plugging these care gaps should be seen as an investment that not only supports health and livelihoods but fundamental rights, gender equity and greater representation too,” said Ms. Tomei.