During the period, Jayathma Wickramanayake,UN Envoy on Youth of the UNSG  had a dialogue with the artist about the contribution of art to peace 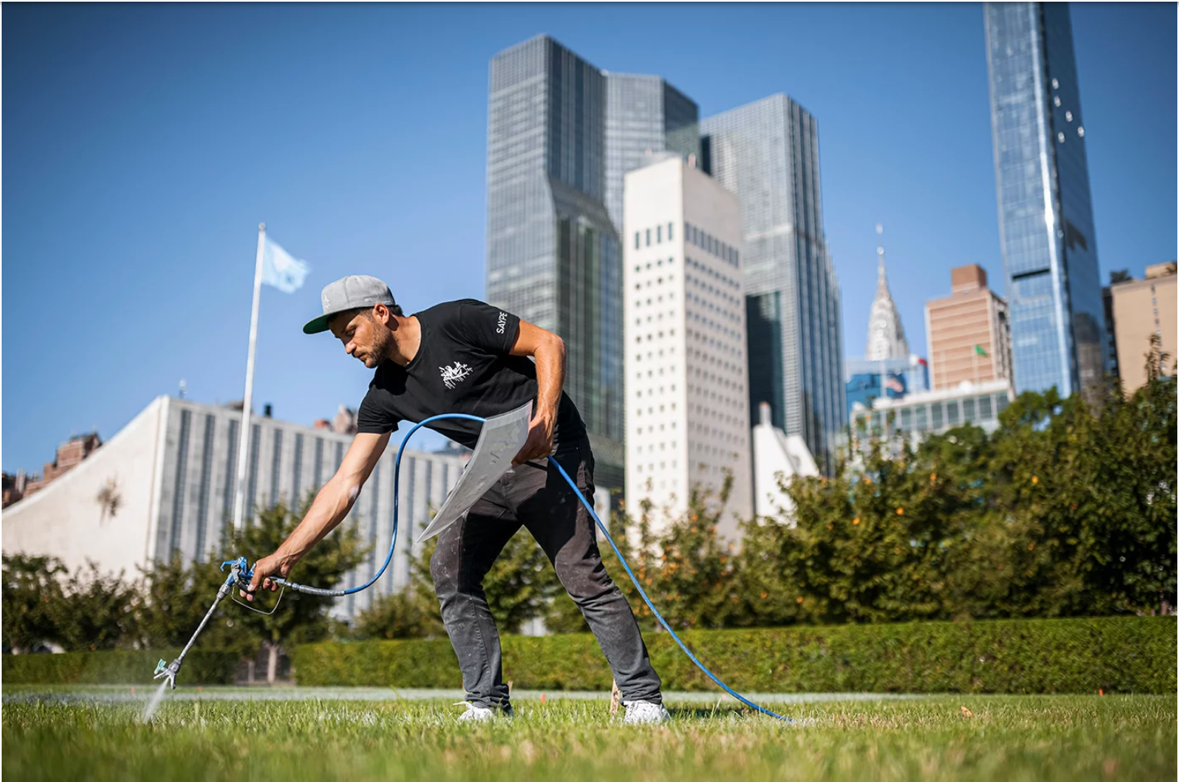 Offered by Switzerland on the occasion of the 75th anniversary of the UN and in the context of the launch last week of the Common Agenda, a giant land art painting by Swiss-French artist Saype was inaugurated on the North Lawn beside the UN building in the presence of the Secretary-General of the United Nations António Guterres and the Swiss Minister of Foreign Affairs, Ignazio Cassis.

Saype and his team are at work since last week. The artist sprays a biodegradable paint, made of charcoal and chalk which he produces himself, directly on the lawn. The size of the giant planned painting will be more than 11 000 square meters (18 000 square feet).

The artist’s name « Saype » is a wordplay on «Say» and «Peace» (he was born as Guillaume Legros), and he has been recognized by Forbes as one of the thirty most influential young people in the world in 2019. Using landscapes and landmark buildings as backgrounds, Saype's larger-than-life land art paintings are philosophical commentaries on the margin of world’s most urgent issues.

Saype already realized a similar ephemeral artwork in front of the the UN Palais des Nations in Geneva in June 2020 which was echoed in the world press and helped establish his status as the "newest street art sensation" according to The Guardian.

“World in progress II” is the second stage in an artwork produced by the Swiss artist Saype. The artist had depicted children drawing their dream world of tomorrow as part of the 75th anniversary of the UN in Geneva. Now these same children will bring their ideas to life at UNHQ - a universal farandole will be created through pencil sketches and origami folds. Saype wishes to use this new work to remind us of our duty to future generations.